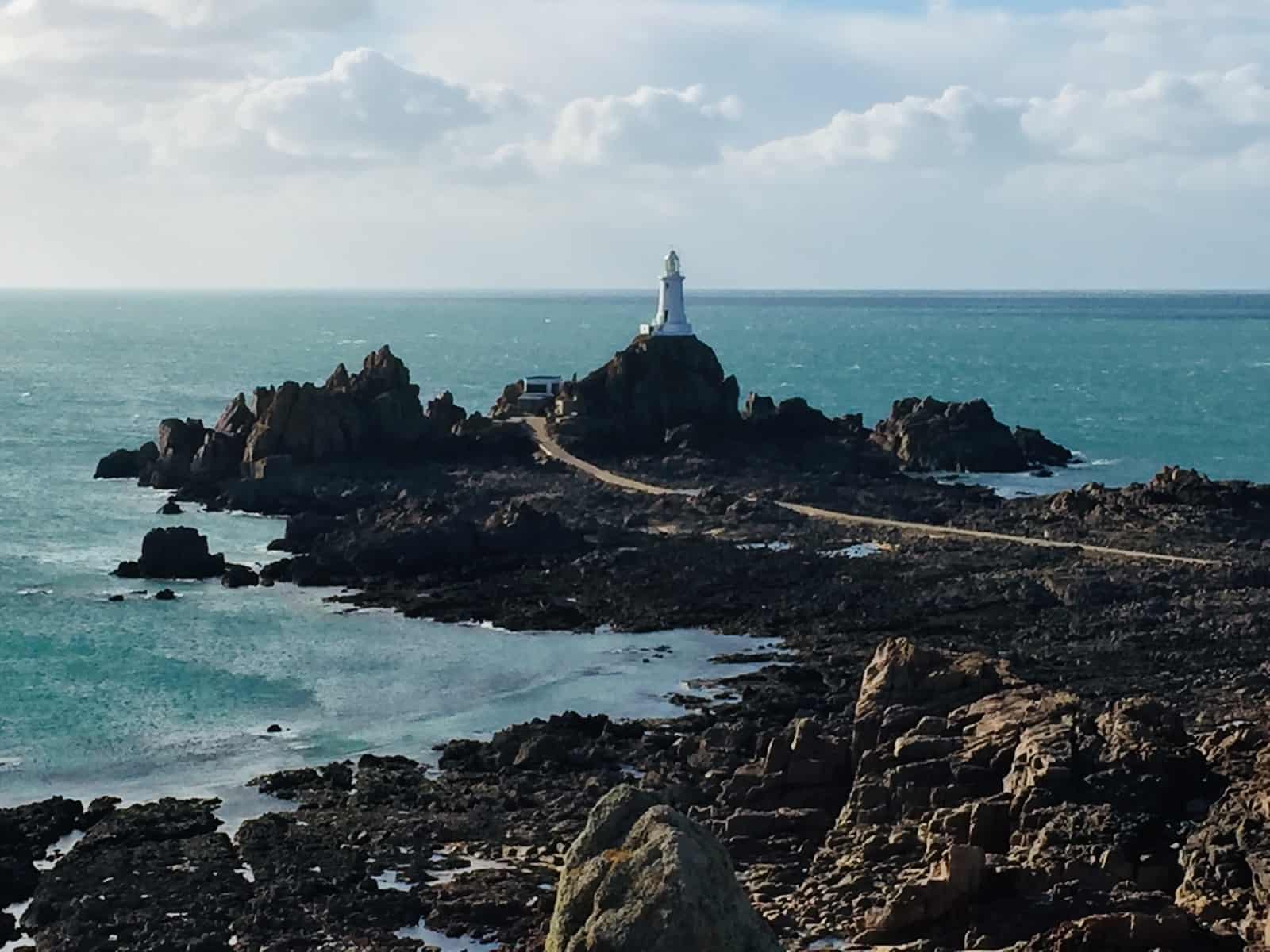 I grew up a short drive from England’s Dorset coast. This meant that most Sundays we were bundled into the car for a day out, to spend some time walking along the coast, rock pooling in the bays, followed by an obligatory stop in a local tearoom and a wander around a souvenir shop to buy some teeth rotting fudge.  So when I visited Jersey for a night and took a bus ride around the island’s picturesque coast, it felt like going back to my childhood.

Jersey is a small island.  Although it is the largest of the Channel Islands, it only spans 45 square miles.  It’s also a short 40-minute flight from London (it’s only 14 miles from the north coast of France) which means it is a perfect place for a travel on a time budget break.

Despite Jersey’s small size, you can pack in a lot on a short trip.  We focused on a visit to the island’s war museum (which I will be writing about in a future post) and a road trip around its stunning rugged coastline.

We booked a four-hour bus tour, perfect when you have limited time, and started out from the island’s capital, St.Helier.  We were picked up in the town centre at Liberation Square (so named to commemorate 50 years since the island was liberated after the Second World War), and outside the Pomme D’or hotel, the Nazi headquarters during the occupation.

We then headed towards the west of the island, skirting around St. Aubin’s bay, and over to St. Brelade’s bay.  Both are wide, sweeping bays with beautiful sandy beaches that are no doubt popular in summer and ideal for watersports (we visited in the autumn so the beaches were relatively quiet, save a few dog walkers).

We then stopped off at Noirmont Point, a cliff top overlooking Portelet Bay, a small craggy inlet (probably ideal for my childhood rock pooling) and notable for its war memorial and abandoned German gun emplacements and bunkers. We then moved on to the Corbiere lighthouse which sits off the far south west corner of the island, its tower and lamp looming 119 feet high above the rocky outcrop on which it sits.  It’s apparently one of the most photographed sights in Jersey, and also gave its name to the 1983 Grand National horserace winner. This is definitely a place to stop off and stretch your legs.  Even on the cold and blustery day that we visited, the views were incredible (on clear days you can see the neighbouring islands); in fact, the windy conditions seemed to bring home the sense of isolation you get: despite visitors milling about admiring the views and a scattering of a few houses, it’s all about a single, lone lighthouse keeping watch over the sea.

Park and get off up at the top of the cliff and you get some really wonderful views towards the lighthouse and out into the sea.  However, look left and right across the cliff and you’ll see that there are also derelict war bunkers here, yet another reminder of the German occupation of the island.

If you have time, you can then walk downwards to the lighthouse to get a closer view and, if it’s low tide, can walk across the causeway that links it to the mainland.

Our bus driver then headed north up the coast to St Ouen’s Bay – this is the island’s longest bay and perhaps one of the most dramatic parts of the coast with its long sweeping bay and pristine sandy beach, which in another climate wouldn’t seem out of place in, for example, Australia or New Zealand (my photos don’t do it justice).  A reminder that you are not in the southern hemisphere are the remnants of the Atlantic Wall the Germans built to prevent the British from landing here. We stopped off for refreshments in Jersey Pearl, a shop that sells pearls but with a café attached – this was essentially the standard stop we’ve all experienced on an organised tour where you’re dropped off at a place where they hope you may buy something – however, there is some fascinating information in the shop about the formation of different types of pearls and it did give us a chance to walk out onto the beach by St. Ouen’s Bay; the Channel Islands’ Military Museum is also here, part of the Atlantic Wall. After our stop, we headed inland for a time as we made our way towards the east of the island and skirted along the north coast. We passed small pretty villages and farms with the famous Jersey cows grazing in the fields and orchards stretching into the distance.  We also saw small makeshift stalls that seem to be a ubiquitous feature of the island: these sell a variety of fruit and vegetables (when we were there pumpkins were a big thing), with an honesty box left out for you to drop your money into; it seems that outside of the main towns, shopping from these stalls still relies on trust, something that endeared me to Jersey even more.

We then approached the east coast, around Rozel Bay, and headed down towards Gorey.  We made it to Gorey as dusk was approaching which lent a bit of a mysterious air to the view of the 13th century castle (Mont Orgueil castle) that looms high above the harbour. This place is a must.  It’s a delightful seaside town, with boats bobbing on the water, and small pretty cottages running along the harbour, underneath the castle. There’s some great photo opportunities here. It’s also the place that most reminded me of my childhood days out: there’s a couple of eateries here, plus a gift shop selling souvenirs and beach accessories (including presumably fishing nets for rock pooling) and where, yes, we did buy some fudge.  And we paid for it with our Jersey pound notes, another reminder for me of days gone by (the English pound note was in use for the first 16 years of my life before being replaced by the £1 coin).

We then circled back around the coast to St.Helier and were dropped at Liberation Square which is handily a few minutes walk from the local bus station and the airport bus. Heading off to the airport after our one-nighter I really felt I’d packed a lot in and had had a good taster of the island.  If time is tight (and/or, like me, visiting Jersey would give you a bit of childhood nostalgia), I’d definitely recommend this as place for a short trip.

We flew to Jersey from London Gatwick airport with Easyjet.  The local bus runs from the airport, through some of Jersey’s parishes and to the bus station in St. Helier.  The cost of £2 is you use a contactless card or £2.20 if you use cash.

We bought a ticket for our “Half Day Island Coastal Tour” from Tantivy Blue Coach Tours; with the discount being offered at the time, we paid £15 per person for a four-hour trip.  There are also other longer tours, with more stops, and between April and October open top tours to either the east or west coast of the island.

You can also see the Jersey coast by boat, for example, using JerseySeafaris or could hire a car.

If you’re looking for days out in London – whether that’s because you’re visiting the UK’s capital or because you’re on a UK staycation – there is a wealth of things to do in south west London.  You are spoilt for choice when it comes to parks and palaces, museums and galleries, not to mention… 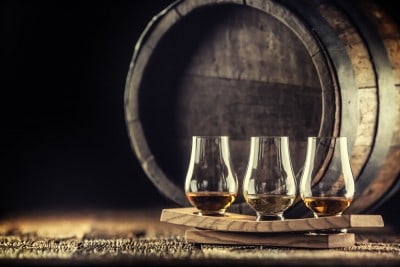 I’ve just come back from three days in Edinburgh, Scotland.  It was a place that was always on my list to visit, but for some reason seemed to get usurped by trips to mainland European cities such as Zurich, Porto and Granada.  But with international travel being trickier lately, I’ve turned my attention to exploring… 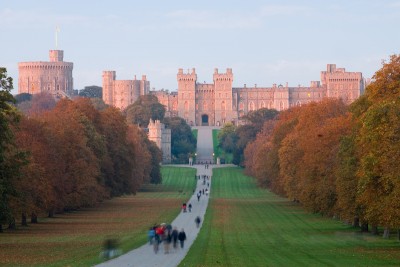 If you’re looking for a unique place to visit – that’s easy to reach from London and offers you a close encounter with British Royalty – then look no further than Windsor.  Home to the oldest inhabited castle in the world and a short walk to one of the world’s most famous public schools, you… 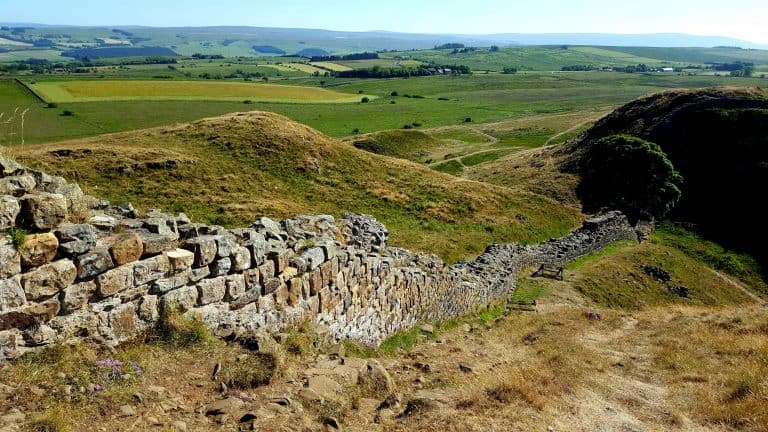 Guest post by Monica Castenetto You’ve always wanted to see Hadrian’s Wall, but thought you can’t do it on a time budget? Think again. Granted, in a weekend you won’t walk its 117.5 kilometres in their entirety, but you’ll certainly take in its unbelievable scale, connect with its intriguing history and experience the breath-taking landscape…

by Emma Marshall If you’re looking to escape London, for a change of scene and a breath of fresh air, then there are endless options. And the fact that London has pretty good rail connections to the rest of the country means that you don’t need to have a car to get away. There are… 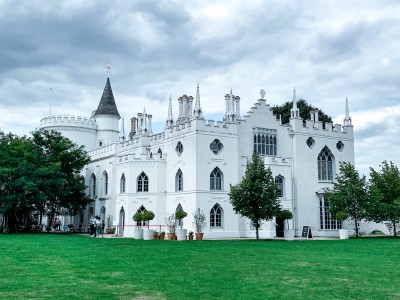 By Emma Marshall This post contains affiliate links, including for Amazon; as an Amazon Associate I earn from qualifying purchases I recently wrote about my day trip from London by train to Portsmouth.  My next trip was much more local: an afternoon at Strawberry Hill House in south west London. As its name suggests, Strawberry…