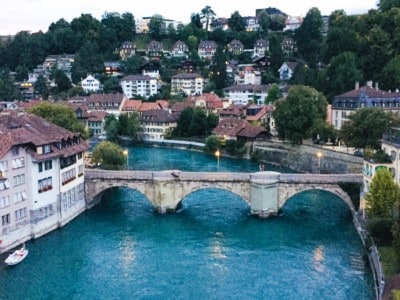 There are several Bern museums that you can visit in the Swiss capital.

However, if you’re in this lovely city, a World Heritage Site, and the place where Albert Einstein developed his theory of relativity, you really must put a visit to the house where he lived on your sightseeing list.

Read on for more information on visiting this Bern museum and for my thoughts on what I learnt here.

Bern Museums: where is the Einstein house?

It’s on Kramgasse (specifically No.49). This is the main street that runs the length of the old town and which means “Grocer’s Alley”.  It’s a lovely medieval street and you’re bound to visit it on a trip to Bern.

There are long covered alleyways here, with small boutique shops under the arches.  There’s also a smattering of cosy cafes and bars in basements, which would be perfect in the cold winter months.

The street is also is interspersed with a number of ornate, colourful, and quite unique fountains. At one end, you can also find the 13th century clock tower (Zytlogge).  This is beautiful and lovely when lit up at night.

This is another must-see sight in Bern.  So much so that you can book tours to learn more about the clock and to go inside.  Click here to learn more.

You can also book walking tours of the old town: click here.

Einstein is not the only famous or noteworthy person connected to this Swiss canton.  Others include the Nobel Prize winner, Emil Kocher, and the Bond actress Ursula Andress.

However, he is the one that the city – understandably – is most proud of.

This is because it was in Bern that he first sowed the seeds for his famed work on the General Theory of Relativity. He himself said: “Those were good times, the years in Bern”, of his seven years in the Swiss capital.

So when deciding which Bern museum to visit, you really should include one about Einstein.

You can actually learn about Einstein’s time in the Swiss capital in two Bern museums.  Aswell as Einstein’s house, there is the Bern Historical Museum.

According to the website, this has “some 550 original objects and replicas, 70 films and numerous animations outline the biography of the genius and his ground-breaking discoveries”.

As we had limited time in the capital, we chose to focus on Einstein’s house and the museum that is housed there. However, if I returned, I would definitely visit the Bern Historical Museum as well.

The Einstein House is the flat that Einstein occupied from 1903 to 1905 with his wife, Mileva Maric.  Mileva was herself a promising physicist from Serbia.

The house is very small, so this is a Bern museum that can get easily crowded. I’d therefore recommend visiting early to ensure you get in.

The museum has a large selection of exhibits and photographs from the couple’s life together.  On the first floor, these are displayed around the flat as it presumably was laid out at the time.

A small table is in the middle of the room where the family would have eaten. Chairs are where they would have relaxed, and there is a writing bureau, and cabinet housing a tea service and coffee pots.

All are overlooked by fascinating old photos of the family that hang on the walls and that depict different chapters of their life.

Upstairs, there is an informative short film.  This draws on archive footage, that charts Einstein’s life from his early days through to later years.  Make sure you watch this – it is essential viewing.  It really brings alive the life of the man.

The museum is interesting on several levels. Firstly, for what you learn about Einstein’s great work and the foundations for this.

His first job was with the Swiss Patent Office which he held down whilst simultaneously writing his scientific papers. These included the forerunner to his work on the Theory of Relativity and another which won him a Nobel Prize in 1921.

He then moved into academia at the University of Bern before moving to Zurich.  There were other stints in Prague and Berlin, before his later life spent in the United States.

This Bern Museum is also interesting for the insight it gives you into the personal life of Einstein.  I found this utterly engrossing.

We all grow up knowing that Einstein is significant for his scientific work and discoveries. What we know less about (or certainly I knew less about) are the life stories running alongside in the background.

Much of this revolves around Einstein’s personal relationships and the consequences of these.  Some of these are very sad.  For example, he had a child born out of wedlock and a second relationship while still married.

He married Mileva Malic in 1903, but had in fact had a daughter, Leiserl, with Mileva the previous year.  Leiserl was born in Mileva’s home country of Serbia. She was left to grow up with her grandparents, presumably because she was illegitimate.

According to the museum exhibition, Einstein himself never met his daughter.  Her sheer existence was kept secret during his lifetime. To this day what happened to Liserl is a mystery.

Mileva and Einstein went on to raise two sons, Hans Albert and Eduard. They remained married until 1919 when Einstein remarried – to his cousin, Elsa Lowenthal. It seems he had forged a relationship with her some time before his marriage to Mileva formally dissolved.

Einstein’s move to the USA

The museum also tells the story of Einstein’s move to the USA.  This coincided with the rise of the Nazi party in Germany and the difficulties that this presented to him.

Most notably these included the impossibility of working there as a German Jew.  Scores of Jewish academics were being forced out of work, Nazi book burnings were taking place, and Einstein was vocalising his views on the treatment of Jews within Germany.

He therefore took up a role at Princeton University in the USA, and it is there that he remained until his death in 1955.

Although this Bern museum is only small, you can learn a great deal in a short time, some of it possibly unexpected.  And whilst I went to learn more about Einstein, I came away with a long lasting impression of his wife.

I developed an equal admiration for his wife, partly because of all that she seemed to go through during her time with Einstein. This included a child that was given up, a broken marriage and the forfeiture of her own academic ambitions.

It also seems that Mileva may have been important not only for her support of Einstein’s ambitions, but more directly for her role in actually furthering these.

Some think that letters between the couple show her contribution.  It is thought that she contributed in the early days to Einstein’s ground-breaking work and that her own expertise in physics is reflected in some of his work.

So, in addition to learning a lot about Einstein himself, I learnt a lot about the wife of one of the world’s greatest scientists.  I came away with a real sense that the adage about there being a great woman behind every man was really true of Mileva.

You can visit the house between 1st February and 21st December. Exceptions include Easter, Pentecost and Switzerland’s National Day (1st August).

Bern has an airport and you can catch flights here from various cities in Germany, as well as from London (City airport), Vienna and Palma.

However, it is smaller than both the Swiss airports in Geneva and Zurich that have more regular flights.  Bern is just over an hour via train from Zurich airport and around two hours to Geneva airport. You might therefore find it more convenient to catch a flight to one of these airports.

You can also visit Bern from other Swiss cities.  Lausanne and Lucerne are both around an hour away by train. Interlaken is around 45 mnutes and Nuechatel just under 50 minutes.

If public transport is not your thing, you can also book day trips to Bern.  Click here for ideas.

Other Bern Museums to visit

Aside from the history museums, there are other Bern museums to visit.

These include a fine arts museum, a communications museum and a Swiss alpine museum – see http://www.museen-bern.ch/en/for further information.

If you enjoy short trips to Europe, you may also find some of my other posts of interest: 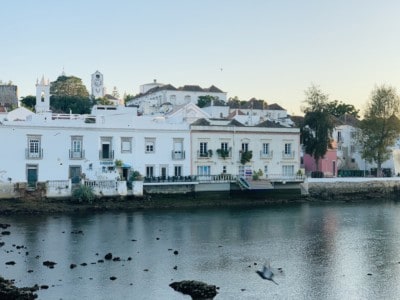 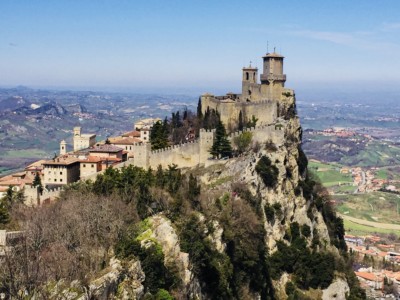 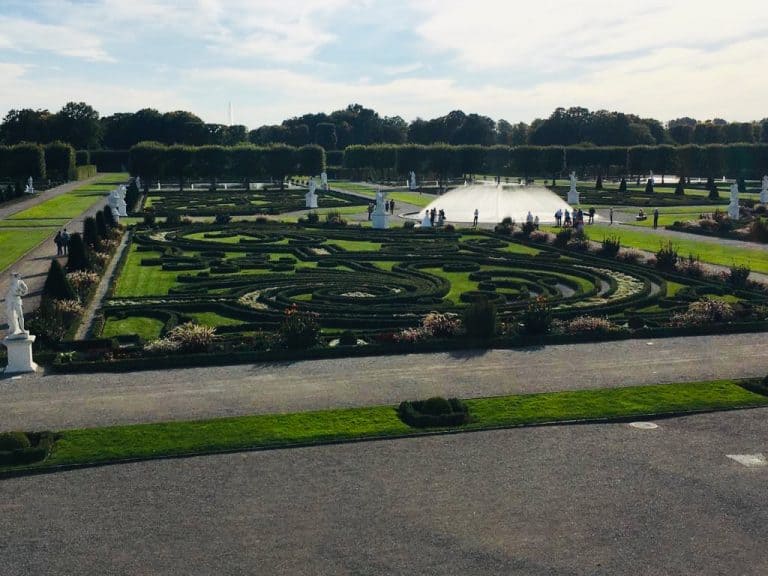 By Emma Marshall You won’t be in Hannover long before realising it’s an incredibly green city.  There are parks and lakes galore as well as a 1,600 acre forest to amble around.  And although it’s true that the rebuilding of large swathes of the city centre after the World War II Allied bombings focused more… 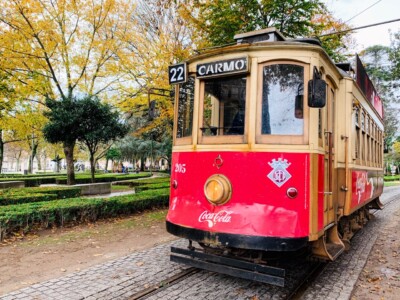 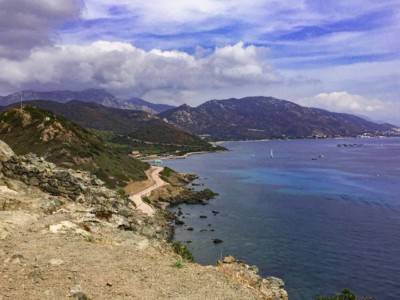 By Emma Marshall This post contains affiliate links Corsica is famed for its outstanding scenery.  Towering, rugged mountains, emerald green forests which sweep across the island, wide stretches of golden sand beaches, and imposing fortresses that overlook its charming towns and cities. However, two-thirds of this French island is mountainous and a fifth is forested…. 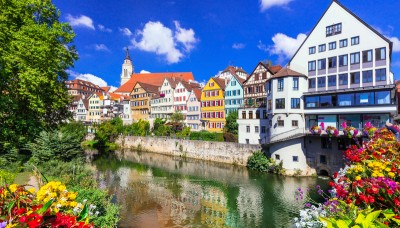 By Emma Marshall and Nick Warburton This post contains affiliate links Stuttgart, the capital of Baden-Württemberg, may be one of Germany’s less heralded cities. But this doesn’t mean there’s a shortage of things to do over a long weekend. What’s more, if you wanted to extend your stay, there are some great day trips from Stuttgart…